"Should I stay?": Black, Indigenous and other women of color share their experiences in law school

A new study delves into the discouraging experiences of Black, Indigenous and other women of color in law schools that lead many to ask, "Should I stay?"

The law school experience is a blend of hours spent in the library, facing nerve-racking competition in classes with 100 or more other talented students, and the delicate balance between a social life and study groups.  But is the law school experience the same for everyone? The Center for Women in Law and the NALP Foundation examine this question in their recently published report, Women of Color⁠—A Study of Law School Experience.

In the report, researchers evaluated the intersectional impacts of race and gender and how the law school experience for women that identify as Black, Indigenous, and other people of color (BIPOC) differs from that of their male peers, regardless of race. The report compiles data from 4,084 students attending 46 law schools. Researchers hope that “the findings [ ] spark important conversations among law schools and employers about ways to make the educational and career path for law students more inclusive.”

A key finding of the report is that Black, Indigenous and other women of color are considerably less satisfied with their law school experience. Almost one-third of these students reported seriously considering leaving law school, compared to 22% of white men, 24% of white women, and 26% of men identifying as BIPOC.

Why are Black, Indigenous and other women of color more likely to have considered leaving law school?

Among the most frequently cited reasons were not enjoying law school, financial debt, and not fitting in socially. Thirty- five percent of women in these groups rated race relations at their schools as negative, compared to 13 % of white men and 15% of men of color. More than half of the same respondents reported experiencing discrimination, unfair, or different treatment due to race/ethnicity. Black, Indigenous and other women of color were more likely to report experiencing discrimination, unfair, or different treatment due to gender. Additionally, 52% of women of color stated that they have had an adverse interaction with a peer or faculty member that negatively impacted their academic performance.

Black, Indigenous, other women of color face a “double-barreled bias” during law school

Of course, Black, Indigenous, and other women of color represent a vast array of ethnicities and life experiences and should not be treated as a monolith. Yet, all Black, Indigenous, and other women of color carry the burden of racial bias compounded with gender bias that poses as an obstacle not faced by their male peers of any racial group. Kristen Hardy, Counsel at Briggs & Stratton and Director of the Milwaukee Bar Association, explores this in her article, “Don’t Forget About Women Lawyers of Color”:

“Double-barreled bias often rears its ugly head via a myriad of tired tropes and stereotypes: Black/African-American women are regularly pegged as angry or shrill when they become expressive; Latinas are similarly stereotyped as quick-tempered and excitable; Asian women are viewed as passive or invisible; and the crude list continues.”

Discrimination and microaggression veiled as constructive feedback or comments made in jest that are pervasive in the legal profession start in law school. #MLawLoud, a hashtag that recently started trending on Twitter, is a digital space for Black Michigan Law students to share their experiences and affect change within their institution. This digital movement has reached Fordham Law and Harvard Law students, who recently created Instagram accounts to chronicle the experiences and promote the voices of BIPOC students. All submissions are posted anonymously to the social media platform allowing students to be open and forthright:

“I typically wore my natural hair to class. During the semester, I decided to get some box braids. The number of people who didn’t recognize me was astounding. And worse, when people in my own section saw me, they would ignore me. Pretend[ed] I didn’t exist.” @blackatharvardlaw on June 26.

“Before a crim class started, our class troll was talking about how ‘these people’ need to work harder, not live off welfare and taxpayer money, and not commit crimes. Another student tried to argue that black and brown communities are overpoliced, but the troll refused to listen and continued to talk about ‘these people.’ I knew he was talking about the community I come from, the neighborhood I come from.” @blackatfordhamlaw on June 24.

“[A] classmate, after being challenged for his views: ‘I cannot be racist. I had a black nanny.’ This sort of commentary continued all year – inside and outside of the classroom – without correction by professors” @blackatharvardlaw on June 22.

But it isn’t a new trend for law students to use digital platforms to raise awareness about racial and gender issues at their institutions. In 2014, BIPOC UCLA Law students posted a video describing their experiences and expressing their concerns about racial and gender bias at UCLA Law. In the video, the first woman to speak says, “I am so tired of being on this campus every day and having to plead my humanity, essentially, to other students. I feel like an outsider constantly. I don’t feel like at my own school I can solely focus on being a student.”

For sure, the menacing haze of gender and racial bias that detracts from the law school experience for Black, Indigenous, and other women of color is not unique or isolated to any particular institution, but rather, a fixture in law schools nationwide over the years and decades.

What can law schools do to ensure Black, Indigenous, and other women of color have better experiences in law school?

Over the last month, protests have sprung up demanding justice for police brutality victims and demonstrating against other ills of American, ⁠e.g. racism, homophobia, and transphobia. Corporations and other institutions have been compelled to assess how racial and other biases have negatively impacted their structural culture.

Before anyone jumps into action, the first step is to listen. Create welcoming spaces for Black, Indigenous, and other women of color, as well as other underrepresented groups, to share their experiences. When they share their stories, listen with the intention to understand, and implement change within yourself and your law school. 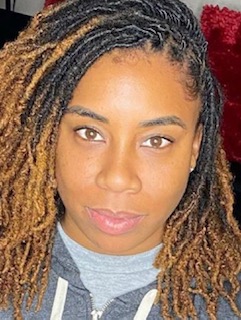